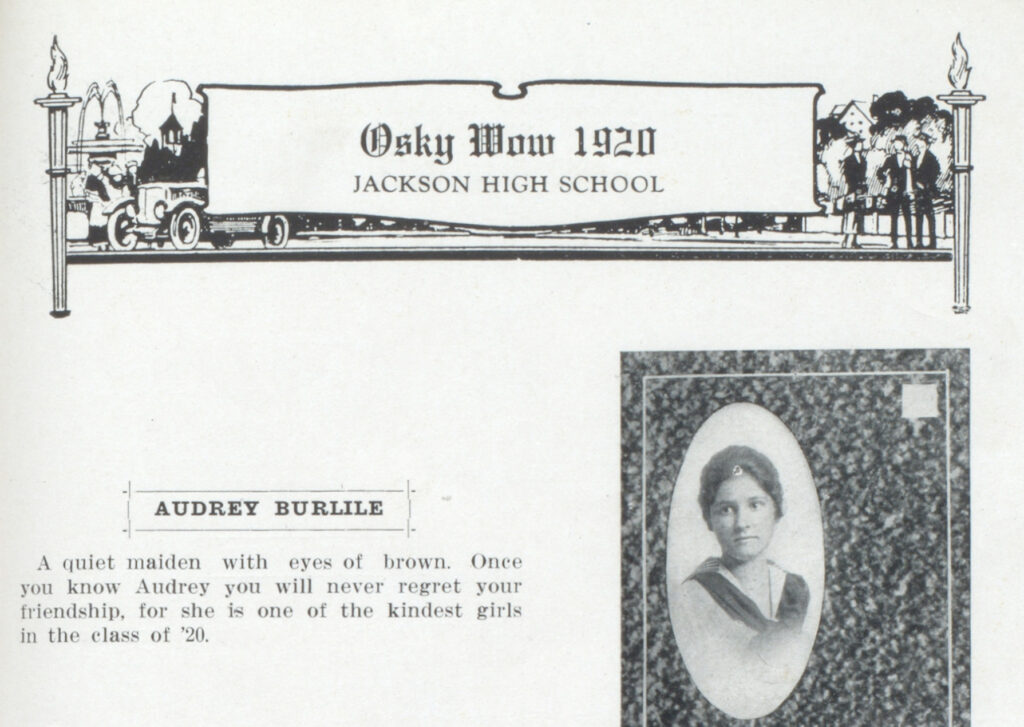 Writer’s Note: Following is a story with a human interest twist about three wonderful ladies who contributed a great deal in their lifetimes to the field of public education.

Very early in the 1900s, three daughters were born to Murray and Elizabeth Hartsook Burlile. Audrey was the first born, next was Doris and lastly was Ruth. They lived on the Keystone Road near State Route 327 and attended a one-room school at Gee Town. After moving to Vinton, Ohio for one year, they settled permanently on property at Rocky Hill near old State Route 35 and the Thornton Grocery.

The girls completed their elementary education in a one-room school at Rocky Hill. Audrey graduated from Jackson High School in 1920. Doris and Ruth were both in the second graduating class at Bloomfield High School in 1925. They all attended Coalton Normal School to prepare for their teaching careers. Audrey additionally attended Rio Grande College. Audrey taught for many years at Oak Hill and Bloomfield Elementary Schools and was married to Max Poore, long-time Winchester garage operator.

Ruth taught for several years at Kessinger School in Lick Township and Kinnison in Jackson. She was married to Russel Jones, long-time Jackson High School teacher and mother of the late Blaine Jones. Doris taught for many years at Bloomfield, Coalton and Mound Street in Jackson. She also served as Attendance Officer in Jackson for several years. She was married to Fred Turner, and was the mother of Tom Turner, well-known retired insurance agent in Jackson. All of the above are now deceased.

As Paul Harvey would say, “Now you know the rest of the story,” of the teaching Burlile sisters who were better known in our community as Audrey Poore, Doris Turner and Ruth Jones. Each one of these dear ladies contributed much to the betterment of our society in general, “in a selfless way” as teachers in the public school system of Jackson County, Ohio.

Courtesy of by Jack Rhea