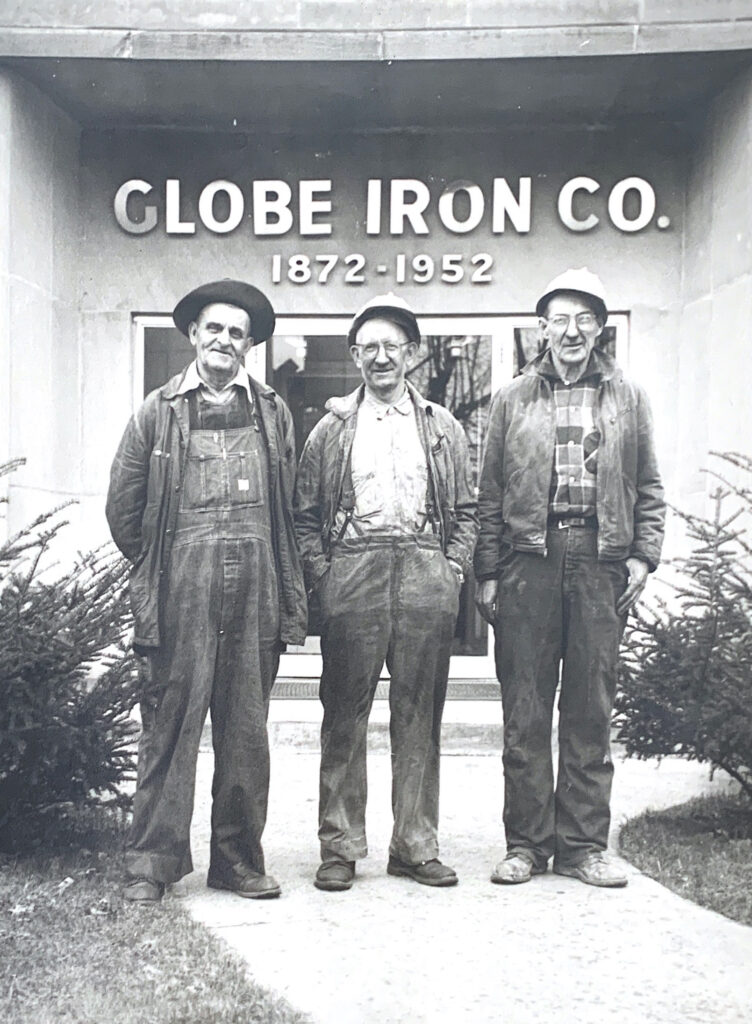 Change of the Guard

The Jackson area experienced an industrial metamorphosis in the 1960s that would change its industrial landscape forever. As the first 50 years of the 20th century were winding down, three of the main employers in the Jackson area were nearing the end of their run. Globe Iron Furnace closed in 1960, JISCO ended operations in 1969 and the D.T. and I Car Shops began to phase out their operations in the early 1970s.

The first major change came on April 24th, 1950, when the Jackson City Council passed necessary legislation to allow for the sale of bonds for the construction of a building to house a production facility for the Hercules Trouser Company. Officials a month earlier had approved the South Bennett Avenue property for the site. The factory began operations in the fall of 1951, with a primarily female workforce, and remained in operation until 1960, when operations were moved to Arkansas. It should be noted that another important development in the fall of 1951 was the passage of a bond issue by the voters in November for the construction of Hammertown Lake, the city’s water reservoir that has been vital in the food production business in Jackson.

On July 28th, 1961, the Jackson Area Chamber of Commerce announced that a new firm, called Jackson Corporation, was located in the former Hercules Trouser Company building and would begin the manufacturing of plastic products by September 1st, 1961. The actual production of plastic items on South Bennett Avenue began in 1962, expanding their initial location in 1965 and construction a second building in 1973, which now serves as the facility for all of their production. The Jackson Plastics Corporation has employed more than 200 during its peak in employment, but as the current producer of plastic items for use in hotel rooms, their production and employment levels suffered with the tourism industry following the 9/11 disaster in 2001.

Another major change came in September, 1957, when Chun King Corporation began the production of oriental food at the site of a former furnace company, a location that is still utilized today by the same owner, Jeno Paulucci, as its base for Luigino’s, makers of the Michelina’s brand product. That business is known today as Belliso Foods, Inc.

In July of 1961, one week prior to the announcement concerning the Jackson Corporation plastics plant, the Ohio Fire Brick Co. announced it would construct a new brick plant on then State Route 124, three miles west of Jackson. That facility still provides employment today through AluChem.

In the mid-1960s, the Jackson Community Improvement Corporation formed to try and lure industry to the Jackson area. In 1964, Goodyear officials announced they would locate in Jackson, initially producing agricultural products. Soon afterwards, though, Goodyear began manufacturing items for the automobile and heavy truck industries, a product that has been a staple of the Jackson operation which, until 2007, was operated by Meridian Automotive Industries. The first product was produced in July, 1966 and in 1969, the company completed a $1.2 million expansion, which was dedicated by a visit from Gov. James A. Rhodes. They had additional expansions in 1974, 1988 and again in 1990. Meridian Automotive Systems announced a plant shutdown in August of 2007 due to lack of contracts.

In 1966, the Ohio Stove Company, based out of Portsmouth, began a Jackson division on Athens Street at the location of the old Crown Pipe and Foundry. They began by making pistons for compressors for the refrigeration industry, but since have changed their name to OSCO Inc., and manufacturers scroll compressor components. The Crown Pipe and Foundry began production on May 27th, 1902, but had many problems beginning in the late 1940s and on May 25th, 1956, operations were suspended following a two-week strike by 200 workers. Ohio Stove Company bought the facility on July 23rd, 1965. Although located in Wellston, another big step forward for the Jackson County industrial community came on May 2, 1968, when the Ralston-Purina Company dedicated its newly built facility. This facility has seen several owners, including Banquet Foods, then Jeno’s Inc., followed by Pillsbury in 1985, which was merged into General Mills shortly after the turn of the century. Currently, the General Mills facility and Luigino’s are the two largest employers in Jackson County, both employing more than 1,000 employees each.

The area has also attracted new companies such as Coleman Industries, as well as a regional warehouse distribution center operated by American Warehousing & Logistics. Jackson County offers two industrial parks, one in Jackson and one in Wellston. More than 300 industry-ready acres are available for development. Jackson also offers a commercial/retail park, a newly remodeled shopping center and several smaller retail centers.

The downtown areas of both Jackson and Wellston have undergone Downtown Revitalization Projects that helped spruce up and modernize storefronts. They also completed Streetscape projects to replace sidewalks, installed decorative brick walkways and added period lighting, along with benches in the downtown parks. Jackson County’s future looks even brighter with more than $56 million in new healthcare facilities, all new or completely remodeled educational facilities throughout the county, plus industrial, commercial and residential developments making it one of the faster-growing counties in the State of Ohio. The differences from the beginning to the end of the 20th century, like most areas, is the difference between night and day. The complete metamorphosis will, one hopes, continue to provide a never-ending light to the end of the tunnel for Jackson County and its residents.