Serving the Jackson area
since 1911 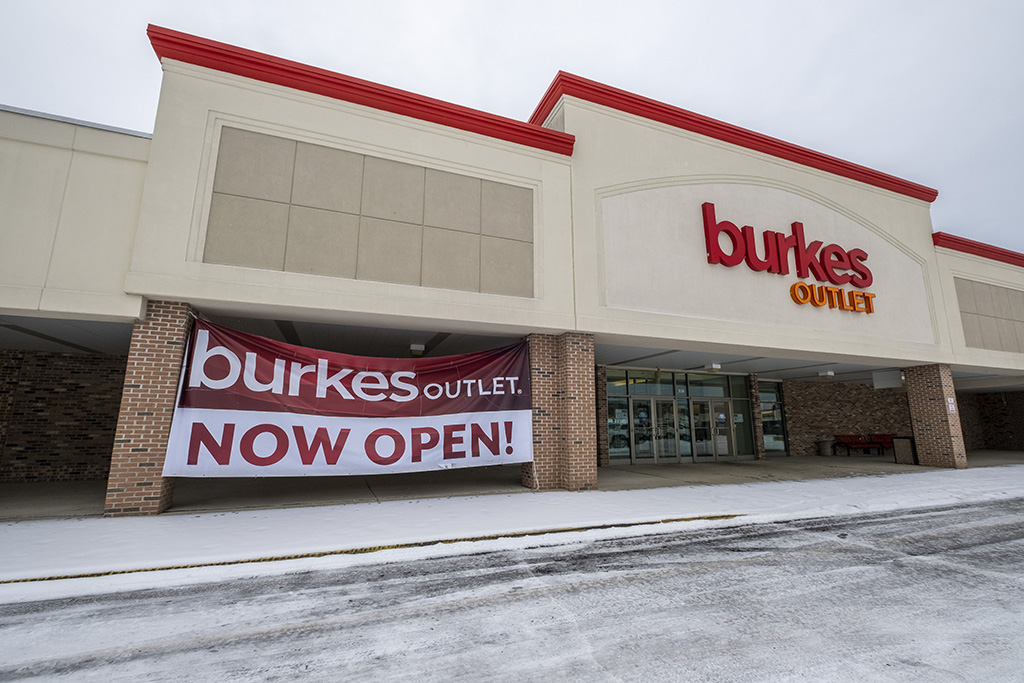 The new store has actually been open since Feb. 5 and Manager Michelle Manring told The Telegram Thursday morning that the first week of business has been boast-worthy to say the least.

“I will brag on Jackson,” she said following the ribbon-cutting ceremony. “We have been leading the numbers since we opened our doors – every day but one. We’ve been beating all of the Ohio stores. We definitely think Jackson needs this store.”

More specifically, Manring said the retail hub was raking in $20,000 to $30,000 in sales, which she says shows that Jackson agrees with the Burkes team on the point that the store’s presence is needed. With lines of customers wrapping around the store in the first days of the soft-opening period, Manring said she and her employees couldn’t be happier, especially considering the fact that the closure of the Gordmans store that preceded Burkes Outlet, meant lost jobs.

“We had all lost our jobs,” she told The Telegram. “We’re just so thankful Burkes came.”

Gordmans opened its Jackson store in June 2019, but closed a little more than a year later after Gordmans corporate-level owner, Stage Stores, Inc. filed for bankruptcy in May 2020. This led to the widespread closure of Gordmans stores all over the country, including the one in Jackson.

In October 2020, the parent company of Burkes Outlet, Bealls Inc., purchased the intellectual property of Stage Stores as well as a distribution center in Jacksonville, Texas. As of last October, Bealls Inc. operated more than 540 stores in 17 states under the Bealls, Bealls Outlet, Burkes Outlet, Home Centric and Bunulu banners.

Burkes Outlet is a privately held company, owned by the founding family and its employees. The corporation operates over 500 retail stores. The Florida-based retail chain announced the opening of the Jackson store as well as the opening other new stores in Ohio and Indiana during the same period in February, including nearby locations at Gallipolis and Washington C.H.

According to the Burkes Outlet website, “Customers can find brand-name apparel and accessories for the entire family at up to 70 percent off other stores’ prices every day. Our stores are designed to serve customers of all ages and income levels. We pride ourselves on offering great assortments at great prices every day. Besides, most stores carry shoes, home furnishings, gifts, and toys.”

The Grand Opening period for the new Jackson location began Thursday and will continue through Sunday, Feb. 21. Manring encouraged shoppers to stop by during this special period to take advantage of
$5-off coupons hidden throughout the store, and to spin the wheel for discounts and other surprises.

“We hope everyone comes out despite the weather,” she said. “We’ll be here.”

Jackson features a wide verity of
restaurants from popular chains to
local favorites!

Visiting from out of town?
Here's where to stay!

Looking to move to the area?
Here are the people that can help!

All of the fun and exciting
things to do in Jackson!