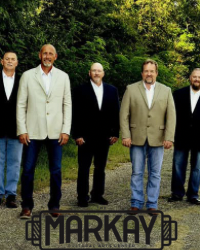 Open Rail is a fresh bluegrass band based in Gallipolis, Ohio. In 2010 the band was selected to be the Historical Ariel Ann Carson Dater Performing Arts Center’s home band. The band hosted shows at the theater for 2 seasons, and now are performing all over the country. The band has begun to make an impact in the world of bluegrass and their style has made the band a favorite of anyone that hears them play their brand of Bluegrass. Open Rail features Shane Lail Vocals and Guitar, Don Titus playing Banjo, John Cardwell Vocals and Mandolin, Brian Ison Vocals and Bass. Open Rail won the 2016 Blazin’ Bluegrass Festival Contest and is also the winner of the 2016 IMEA for Bluegrass band of the year. Tickets on sale now! $10 Advance/$15 Day of Show